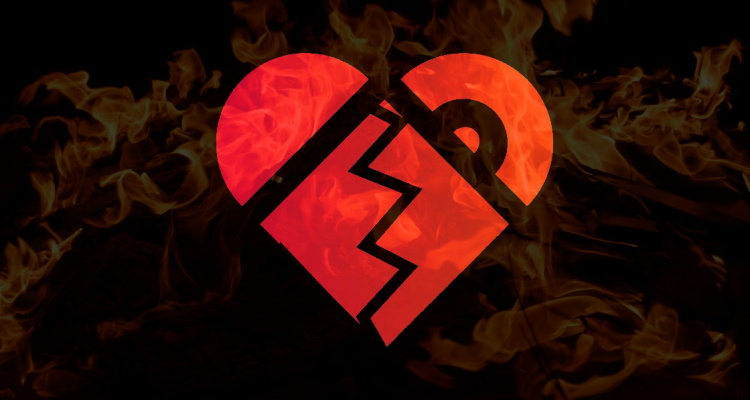 “To me, the way PledgeMusic puts out music is what the future the release an album looks like.”
– Benji Rogers

Rogers in 2009 as a direct-to-fan crowdfunding platform that focused on providing an experience. The idea was sound enough to receive investment from several major players in the music industry. But after a string directorial changes, the company became drastically different.

After payment issues started surfacing in 2018, the implosion the platform began. PledgeMusic had a noble goal that saw early success, but the business model was unsustainable. PledgeMusic chose to hide that fact from fans and artists who participated in the platform. After PledgeMusic’s implosion, competitors quietly announced they were closing shop, too.

Kickstarter acquired a similar platform called Drip back in 2016. Kickstarter hoped to turn Drip and another platform into a competitor to PledgeMusic. But back in June, the after the developers felt they could not reach pritability.

Back in June 2013, PledgeMusic secured an early deal with Universal Canada.  The Pledge platform followed the creation an album from start to finish, and the idea appealed to Universal’s execs. Rogers described the partnership as Universal Music Canada realizing PledgeMusic could be a “big marketing tool that augments its own direct-to-fan efforts.”

Crowdfunding was at its height during these early years.  In 2012 alone, Kickstarter collected $35 million for over 9,000 music projects. Universal Canada’s partnership with PledgeMusic helped to establish the company as a serious avenue for indies.  Famous artists started running campaigns with promises to fer fans a totally different experience.

Rogers spoke with the press and decried how album releases are announced. Most albums at the time were announced without a way to pre-order them or with any interaction from the band. Rogers wanted to change that by fering hardcore fans a virtual ticket to experience an album’s creation. He referenced Spinal Tap in one article to sell his idea.

“You know that bit in Spinal Tap when they say ‘you can’t promote something that doesn’t exist’ – the answer is that today you can. If you fer the journey that album, then everybody wins.”

At the time, PledgeMusic said most fans spent around $57 per transaction on the site. The purchase included a copy whatever album and immediate access to updates from the artist. Fans could see clips from recording sessions and other goodies.

Around this time, Rogers started to distance himself from calling PledgeMusic a crowdfunding platform. Rather, he thought the business as a direct-to-consumer platform.

“Crowdfunding is ‘please give money, then I will do x’. Direct-to-consumer is ‘I’ve done it, here are five ways to buy it.’  We’re in the middle with ‘be a part the making it’ – it truly is direct-to-fan’.

Part that reason is that PledgeMusic wanted to sell an experience.  The platform didn’t show how much money was being raised on purpose.  Traditional crowdfunding campaigns only last for around thirty days and have a set goal.  PledgeMusic’s goals, by contrast, were always extensible and behind the scenes.  Rogers says fans are willing to spend more with fewer reservations under that setup.

Many artists were pleased with the early results from the platform. By all appearances, Rogers’ time at PledgeMusic did create a platform that seemed to work. Juliana Hatfield ran at least three successful album projects on the site. In 2013, Pledge campaigns exceeded their internal goals 86% the time. The average amount raised was 30% over target.

One big feature Pledge touted to artists was “utilizing the expertise Pledge staff” to optimize social media campaigns. Amanda Palmer raised $1.2 million on Kickstarter before switching to the PledgeMusic platform.

But by 2014, PledgeMusic really drove the focus away from crowdfunding. Rogers spoke with the press saying that crowdfunding limited the types things that can be sold. Most campaigns were for finished albums and bits merchandise. PledgeMusic launched 66 albums in January 2014 alone and the platform seemed to be a success story. Billboard even named Rogers to their 40 under 40 list to highlight the platform’s success.

The Fall ⁠— Acquisitions and Departures

In March 2016, PledgeMusic acquired NoiseTrade and Set.fm. Both were direct-to-fan competitors competing for the attention superfans, who spend big for their favorite music merchandise. The move made sense at the time, but these acquisitions may have been the first smoke signal trouble.

The next month, in April 2016, Benji Rogers announced that he would be stepping down as CEO. PledgeMusic appointed Dominic Pandiscia as CEO in his stead, with Rogers remaining on the board for a while. Rogers believed his leadership could lend weight to the story that Pledge was selling experiences and not crowdfunding.

“It’s a bullet-pro business model around what we can deliver to artists and labels through the platform,” Pandiscia said about PledgeMusic upon assuming his CEO position.

Much 2017 went by without much bad press.  But in March 2017, Wheeler Walker Jr. decried the platform for censoring him. Later that year in October, PledgeMusic sold f Set.fm to VNUE in a deal that gave VNUE artists access to PledgeMusic’s direct-to-fan service.

On June 6, 2018 several reports surfaced artists being disgruntled about late payments. CEO Dominic Pandiscia acknowledged the claims and said the company was struggling with larger volume campaigns. He said in a statement to Variety:

“With respect to payments, there have certainly been payment delays, but the company has always paid artists and should be completely caught up in the near future.”

Another Pledge executive said he believed the site was growing too fast and was untenable. He described a tripling in the launch campaigns, with 183 in January and February 2017. That number grew to 313 campaigns in August and September 2017.

“The company finished the year up nearly 30% in billing and has been growing the business and bringing in more staff. But the business-management infrastructure could not keep pace with the growth — and then, at the busiest time the year, a change had to be made in payment processing. This happened after a record year, seven consecutive quarters growth, more campaigns than ever — and suddenly the company had to totally reconfigure how it was getting people paid.”

The press spoke to several artists who had run successful campaigns. Many had nothing but praise for the platform as these troubles emerged. Other experiences were less than stellar. Squirrel Nut Zippers co-manager Keith Hagan said he had to hound the company for weeks.

“After chasing them for about two months we finally got it, but that’s just because I was a squeaky wheel and said I would start talking about it publicly. Their sole job was to collect the money and to try to draw attention to the fact that we had a presale and an album coming out, and they failed on both. The only outward promotion] that came from Pledge was a couple tweets and Facebook posts.”

PledgeMusic Timeline — What happened to PledgeMusic?

Sadly, the issues artists faced on the platform did not get better. PledgeMusic imploded in the worst possible way, resulting in a nearly $10 million loss to artists involved. PledgeMusic’s bankruptcy administrator says .

The mismanagement the company and subsequent wind-up order means hundreds artists and fans are left with nothing.

A recent interview with the executive board PledgeMusic produced an interesting perspective. According to the board, PledgeMusic wasn’t charging enough for the merchandise on fer to “meet its expenditure.” That seems to echo reports that PledgeMusic was paying f older campaigns with new campaign funds.

June 6, 2018 ⁠— PledgeMusic publicly admits they have been late on payments to some artists. CEO says they are working through it.

September 2018 — Incendio finishes a PledgeMusic campaign with 115% funding for their campaign. The band only received about half that, and the payment was more than four months late. Requests for payment were ignored.

September 2018 — HuDost says they’re still owed around $8,000 from a funding campaign on the site.

November 9, 2018 — Fastball returns to PledgeMusic for the second campaign. The group raised $22,000 in their efforts but were only paid less than $900. Fastball fulfilled all fan orders at their own cost, ultimately owing their label money.

In January 2019, multiple artists open the floodgates saying they were owed money from the company.

January 24 ⁠— ohGr goes public with accusations non-payment. When their manager threatened to talk to the press, a Pledge employee allegedly said: “do you really think anyone would care?”

January 24 ⁠— PledgeMusic issued a statement in response to all the non-payment allegations.

“We accept responsibility for the fact that we have been late on payments over the past year. PledgeMusic is working tirelessly on this issue, and we are asking our community for their continued support and patience.”

January 29 ⁠— PledgeMusic founder Benji Rogers on a temporary basis. The emotionally charged Medium post apologizes to artists and fans who have been impacted by the financial troubles at PledgeMusic.

February 1 ⁠— PledgeMusic issues another statement asking for patience and breathing space. The announcement says the company is exploring partnerships and acquisition opportunities.

February 19 ⁠— PledgeMusic majority shareholder Joshua Sason is charged with . While the charges are unrelated, Sason was a member the PledgeMusic board since 2014. His Magna Group hedge fund invested $3 million into PledgeMusic.

February 25 ⁠— Sound Royalties pledges $3 million in advances to artists who are impacted by PledgeMusic troubles.

March 6 ⁠— The band Failure advises fans that they couldn’t fulfill orders because PledgeMusic didn’t pay them. They asked fans to dispute the credit card charges and get their money back.

March 7 ⁠— Allison Adams Tucker said she’s “up to her eyeballs in debt” after the PledgeMusic fallout. She told the San Diego Reader that she’s out $30,000 on recording costs because PledgeMusic didn’t pay up.

March 8 ⁠— they’re owed over $70,000 by PledgeMusic. The group urges fans to contest the charges by PledgeMusic with their credit card companies. PledgeMusic remains silent over the public flogging.

March 11 ⁠— Benji Rogers, a company he founded. In the blog post announcing the departure, he says he will continue his volunteer role in helping those impacted by PledgeMusic.

April 23 ⁠— News emerges that PledgeMusic . Several people familiar with the situation reported on a potential buyer who might acquire the company.

April 26 ⁠— PledgeMusic to Paste Media Group. The deal was finalized for an undisclosed amount.

May 8 ⁠— Founder Benji Rogers confirms PledgeMusic is headed for bankruptcy. He confirmed the potential sale had fallen through and the company would have to be placed into administration.

May 10 ⁠— UK Music demands a . CEO Michael Dugher sends a letter to ficials seeking an inquiry into the collapse and the impact on artists who are likely to lose money.

May 14 ⁠— PledgeMusic co-founder Benji Rogers . Rogers temporarily came back to try and save the company, but ultimately he was not successful.

June 5 ⁠— Music trade bodies in the UK join forces to help those impacted by PledgeMusic.

July 31 ⁠— PledgeMusic in the UK to dissolve the company. The whole industry calls for investigations into how the company was managed and how it collapsed. All executives involved are absolved any wrongdoing.

August 2 – Benji Rogers , saying it breaks his heart the way PledgeMusic ended up.

October 23 – PledgeMusic’s bankruptcy administrator . It is estimated that artists are owed around $9.5 million in unpaid funds. Artists who are owed money are encouraged to seek an insolvency lawyer in the UK.