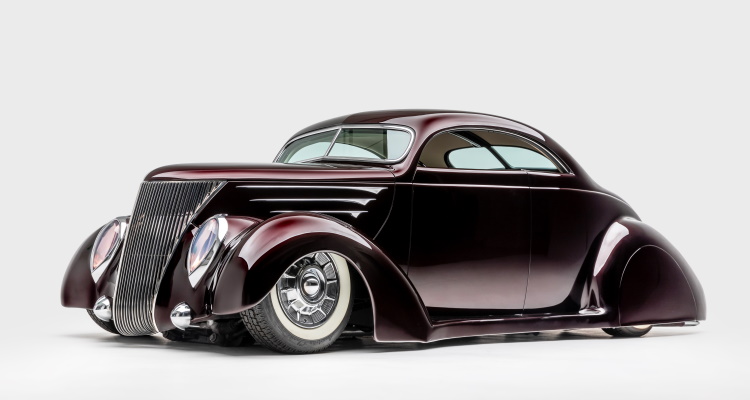 The museum says the exhibit will celebrate James Hetfield’s creativity as an artist through his built-from-scratch custom car collection. Guitars, photos, and memorabilia will also be on display at the exhibit.

Alongside the custom vehicles, an ESP Hollow Body guitar and a Mesa amplifier painted to match the Buick Skylark will be on display.

As part the exhibit, pictures display the build process each car at various stages. A short presentation James Hetfield talking about each the vehicles is part the exhibit. PAM Executive Director Terry Karges is thrilled about the new exhibit for the public.

“This is the first time the James Hetfield car collection will be showcased to the public, and we can’t wait to share the inspiration behind these extraordinary vehicles with the world,” Karges stated in the press release.

James Hetfield is a lifelong car enthusiast and says his collection is a form expression. The museum will fer a ticketed opening reception on January 30. That reception includes a ribbon-cutting ceremony for the new exhibit and a fireside chat with James Hetfield. The museum is also auctioning f two limited-edition ESP guitars in celebration the exhibit.

The ‘Reclaimed Rust’ exhibit is sponsored by the ESP Guitar Company and will run through October 2020. Tickets can be purchased online.