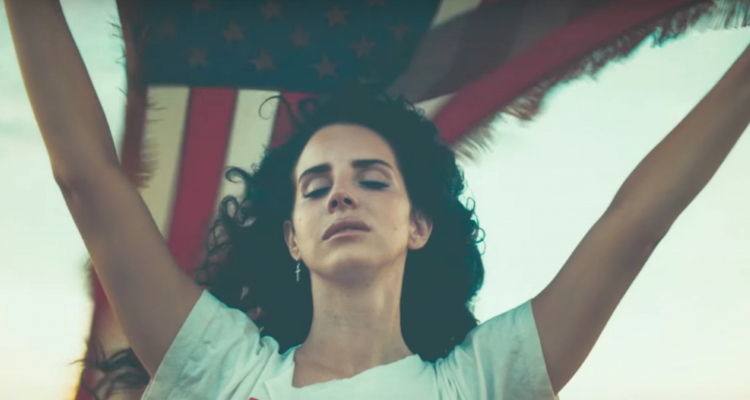 Lana Del Rey has written a new song called “Looking for America” in response to the recent spree mass shootings in the U.S.

Initially, the singer shared a two-minute snippet herself singing the song on her Instagram page.  She performed the track live in the studio with producer Jack Antonf (check it out here).

The post quickly spread among her 13.5 million followers.  Del Rey writes that she’s not a politician, but back-to-back shootings affected her proundly.

In the post, Del Rey also says she came back early from Montecito and asked Jack Antonf to come to the studio. She said she had a song she needed to write.

“Now I know I’m not a politician and I’m not trying to be so excuse me for having an opinion⁠ — but in light all the mass shootings and the back to back shootings in the last couple days which really affected me on a cellular level I just wanted to post this video that our engineer Laura took 20 minutes ago. I hope you like it.”

The snippet is clearly an unfinished version the song, but the vocals and accompanying guitar music are haunting. In the song, Del Rey sings about looking for her own version America, “one without the gun, where the flag can freely fly, no bombs in the sky.”

The two weekend mass shootings in El Paso, TX, and Dayton, OH claimed 31 lives. Both incidents appear to be inspired by hateful rhetoric against immigrants, and the FBI is currently investigating these attacks as possible domestic terrorism.

Del Rey’s sixth album, Norman Fucking Rockwell, will release on August 30th. The revealed tracklist for that album did not include “Looking for America,” so it’s unclear if we’ll hear a finished version the song.

Del Rey will tour in support her new album, which kicks f on September 21st in New York.