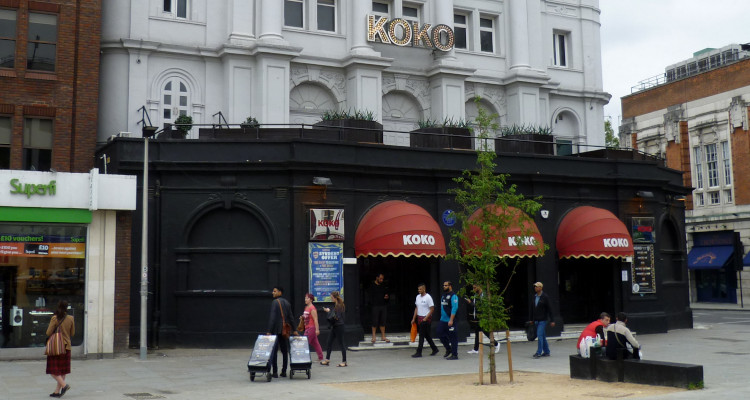 Eight fire engines and about 60 firefighters battled a blaze at London’s iconic Koko Venue, where many famous artists have performed over the years.

The London Fire Brigade said that the blaze badly damaged the building, and it has completely destroyed the dome on top its ro. But it has caused no injuries.

Built in 1900, the building was originally called the Camden Theatre and is close to the Mornington Crescent underground station. In 1977, it became a live music venue under the name The Music Machine. It soon afterward became popular with new wave and punk bands.

In its storied history, the venue has hosted artists such as:

The venue was also the last place former AC/DC frontman Bon Scott was seen before he died alcohol poisoning in 1980.

It was currently closed while under reconstruction, which was scheduled to have been completed by spring this year.

Jon Lewis, who is a station commander, said that they brought the blaze under control at about 2:30 a.m. local time. He added, “Firefighters’ quick action and hard work in the early stages meant the fire was contained to the ro and saved the rest the building.”

Olly Bengough, who is the owner the Koko Venue, indicated that he was “deeply saddened” by the fire.

But Bengough added, “We’ll be doing our best to get the redevelopment this iconic building back on track.”

Oliver Cooper, who is a local councilor, said the fire: “Hugely grateful to the London Fire Brigade] for their swift response, but devastated by the potential loss such a huge part Camden’s culture.”

Authorities are right now investigating how the fire started.