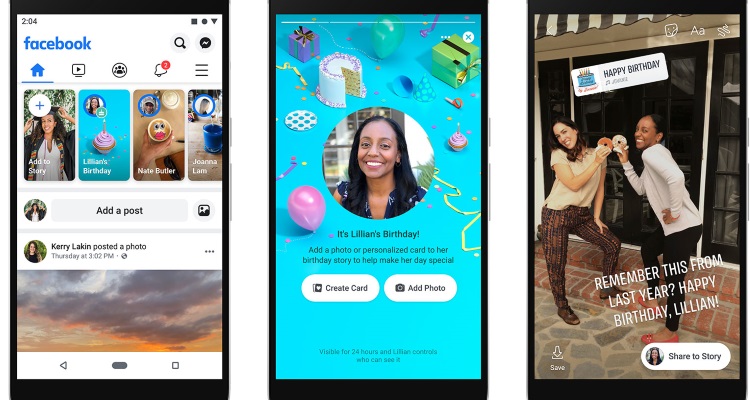 Facebook has tapped a number emerging stars to bring a touch originality to ‘Birthday Stories’.

Starting on May 10th, Facebook users can add digital cards, photos, and videos to Stories to help celebrate the birthdays friends and family.  The new feature is appropriately called ‘Birthday Stories ‘and includes the option to add music stickers featuring famous birthday songs.

But here’s where this gets a little more interesting.

In late 2017, Facebook reached a licensing deal with Universal Music Group (UMG), a pact that also included songs from Universal Music Publishing Group (UMPG).  That sparked a number other major deals, including a deal with mega-pub Sony/ATV in January 2018 and a string other pacts.

Licensed music for Facebook’s platforms started rolling out in April 2018, with new in-app tools for including music. Deals like this have slowly shifted Facebook’s platform from a takedown-heavy warzone to a licensed, happy place (though we’re still hearing plenty reports muted or flagged posts).

The social media giant argues that these licensing agreements help extend the life songs beyond their initial release date.

“When there’s a new single, we want to support it. But it doesn’t mean once that single’s over, the song’s dead. It might have a perfect meaning for wedding season, or for your boyfriend, girlfriend, children or graduation.”